Stadia, was it worth it?

Stadia is Google's new gaming service, which streams straight to your devices, perfect for pick up and play!

I pre-ordered stadia in August, it took a little while for me to come round to Stadia as the number of games I like to play online are limited to mainly FPS like overwatch or more recently reviving MMO's like World of Warcraft Classic, but the idea of playing on less powerful devices really peaked my interest.

November finally arrived and the hype was getting real! however the promises of "all founders being able to play on launch day" kind of came and went. My package was at least starting to ship and being delivered on 20th November - following the Stadia's sub-reddit /r/stadia it was full of cry's about codes and orders not being shipped, there seemed to be some promises of codes being emailed when your order had been dispatched but i didn't get my hopes up to much, meanwhile refreshing my gmail just incase!

A few days later, I wake up to the email that my code is ready! So boot up the app enter my code, grab my founders name and we're ready to rock! 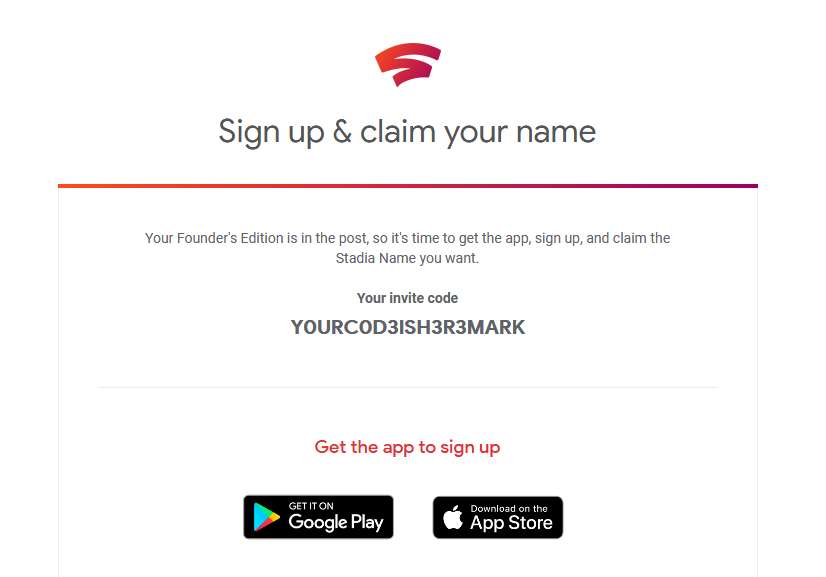 The first game I decided to try was Destiny 2, I had heard of the name as it used to be on Blizzards Battlenet but never really was interested to try it out. So I claimed the game within the android app then launched it over my chrome cast on my TV.

The game booted with a couple seconds and visually everything was great with no noticeable lag, within a few moments I was setting my first character within Destiny 2 and ready to begin the tutorial / first mission.

I finished off the first mini campaign/tutorial and it was a really fantastic experience, having read and watched many reviews from big youtubers about how bad it was going to be I was presently surprised and really happy with my purchase.

For reference my Chromecast was connected over Ethernet however worth noting the chrome cast only connects via 10/100mb where as my home network is capable of gigabyte transfer speeds. My internet speeds are around 50~55mb down and 10~15mb up.

This is where the technology really gets exciting, the ability to be playing on your living room TV then when the family wants to watch their programs you can jump onto your phone or laptop, whereas normally that would be gameover! 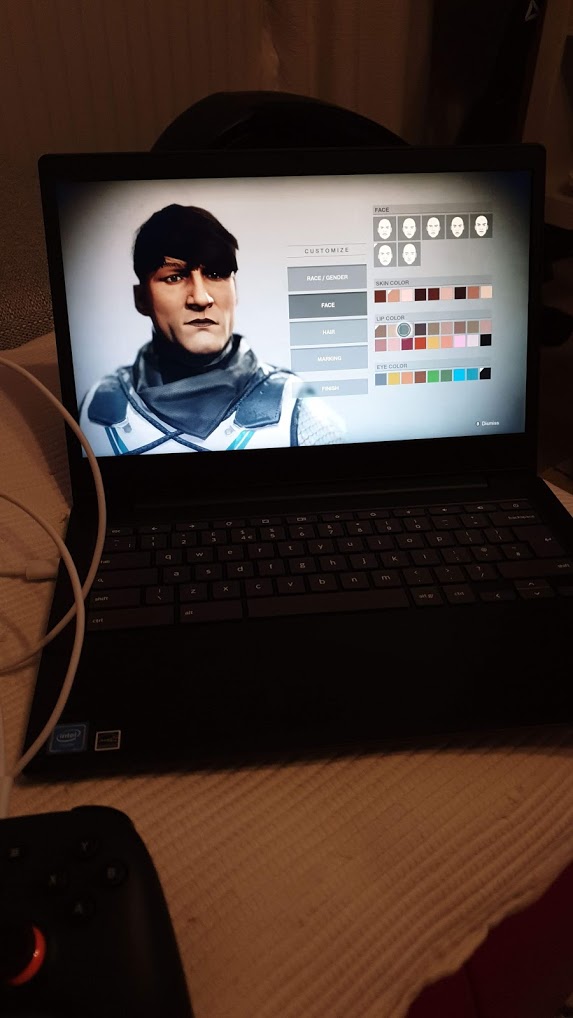 I tested playing on my Chromebook Lenovo S340 with the controller plugged into the USB and then moving over to my TV with Chromecast and it was pretty flawless and fun, not tested the reverse but imagine the experience would be the same.

Once Google opens support on mobile devices to all non Pixel phones next year then I can truly play on the move! Not tested myself but if you put Chrome browser into desktop mode you can play on any mobile phone.

Is Stadia worth it?

I would say most definitely, even if there are a few bumps right now things can only get better if more people jump on and support it so it will encourage more game developers to invest into the platform and as a result we get more options and games in the future.

The service isn't for everyone and if you have your own console or high end gaming pc then most likely this isn't for you as it wont feel the same but as a more casual gamer these days the ability to log on during a lunch break in the office (if they weren't blocking it!), in a hotel/cafe or whilst on dad-taxi duties and pick up where you left off is amazing. The fact that you can now play anywhere a chrome browser is available on under powered devices is awesome, every computer is a high end gaming machine now!

This is all assuming your internet is great to start with, you can use googles speed test to let you know if its going to handle things before you jump in and purchase a kit, however next year the service will be free to use minus a few perks like 4k @ 60fps and surround sound etc.

Looking forward to playing Cyber Punk 2077 next year on Stadia because we got a city to burn!